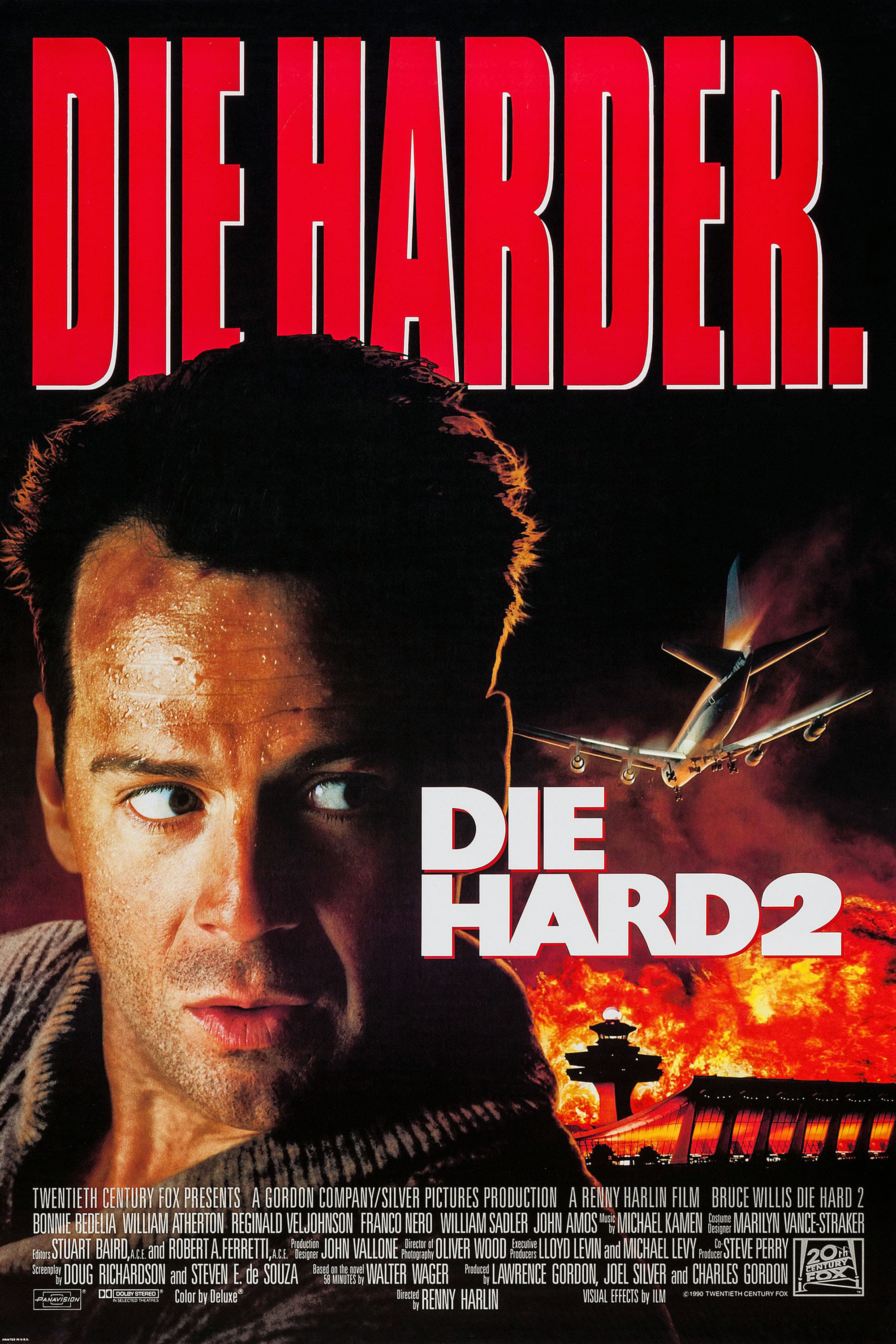 It's Christmastime again! After the events at Nakatomi Plaza, John McClane finds himself at the airport in Washington DC, waiting for his wife’s flight to come in. Things aren’t going to go that easy when he discovers terrorists have taken control of the airport in order to free a renowned drug lord and are willing to eliminate anyone who may try to stop them. Here are a few movie mistakes to look for while watching “Die Hard 2”.

· John walks into the airport after getting the parking ticket. In the rear view, John removes his coat and is carrying it over his right arm as he brushes the snow from his head with his left hand. It cuts to a front view as John continues walking and he’s still carrying the coat over his right arm. But, as he approaches the desk and asks where the telephones are, the coat has switched to his left arm.

· John is chasing Colonel Stuart and his men on a snowmobile. Near the beginning of the chase, there is a considerable amount of snow falling around them. A few seconds later, there is none.

· The news helicopter takes off and circles. Both sides read, Night-Time News. In the close-up of the helicopter when John opens the door to get out, the letters on the side read Night Time News, with the hyphen now missing.

· Near the end of the movie, Barnes extends his right hand to Trudeau. In the front view, Trudeau places his left hand on Barnes’ back and Barnes clasps Trudeau’s right hand with both of his. It cuts to a rear view and Trudeau puts his left arm around Barnes again. Barnes’ hands are down, and he proceeds to put his right arm around Trudeau’s back.

Get your copy of my latest – Reel to Reel – Movie Mistakes from Hollywood’s Favorite Films.

Content copyright © 2022 by Isla Grey. All rights reserved.
This content was written by Isla Grey. If you wish to use this content in any manner, you need written permission. Contact Isla Grey for details.

Stop by our forums to share the mistakes you´ve discovered, I would love to hear about them!

The Shape of Water